To say that music has been good to me is an understatement. Music has enabled me to travel the world... to experience places and meet people I otherwise would never have seen or met. I’m very grateful for having been able to play music professionally most of my adult life. I’m grateful that some of my original songs, like ‘One People’, ‘Mother Earth’, and others have touched many people, and have been used in schools, choirs, special events, ceremonies, and celebrations around the world. Music has been an anchor and a great comfort during difficult times. To be able to bring healing and a little joy to people through music is truly an honour, and a great privilege. I’ve also had the pleasure of working with some wonderfully talented artists, singers, and players through the years, either live on stage, in the recording studio, or both. Here are some highlights:

Composer of ‘Mother Earth’, dubbed Canada’s official Earthday song in 1990. It was recorded in English and French, and made into a video that played on MuchMusic nationally.

Composer of ‘Welcome to Our Island Home’ and ‘Hear the Call’. These two soundtracks were part of Victoria’s winning bids in Montreal and Seoul Korea, to secure the 1994 Commonwealth Games for Victoria.

Composer of 'Let the Spirit Live On Forever', which was the closing theme song of the 1994 Commonwealth Games, performed by April Gislason, Duncan Meiklejohn, and I before an estimated worldwide television audience of 500 million.

Composer of ‘Pass Me The Torch’, written to commemorate Steve Fonyo’s cross-country journey, completing what Terry Fox had started.  The song aired nationally and I sang it live as he dipped his prosthetic leg into the ocean at Mile 0 on Dallas Road in Victoria in 1990.

Composer of ‘Believe in Dreams’ for the Canada Summer Games.

Co-founder of The Sample Stearns Band, one of the West Coast’s most legendary and beloved original bands, which toured with Maynard Ferguson, opened for Tower of Power, and toured across Canada.

Creative Director and Production Manager for Seacoast Sound, a Victoria-based recording studio and production company, writing and producing soundtracks, albums (including mine), TV and radio concepts for hundreds of clients worldwide, including Chrysler, KFC, McDonald’s, AirBC, Ice Capades, Denny’s, and many more.

Radio airplay in over 30 countries. 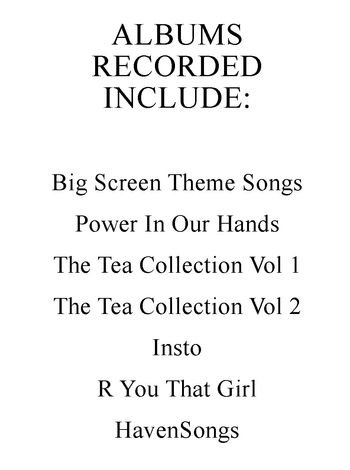 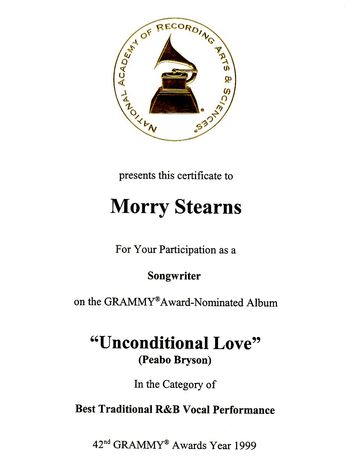